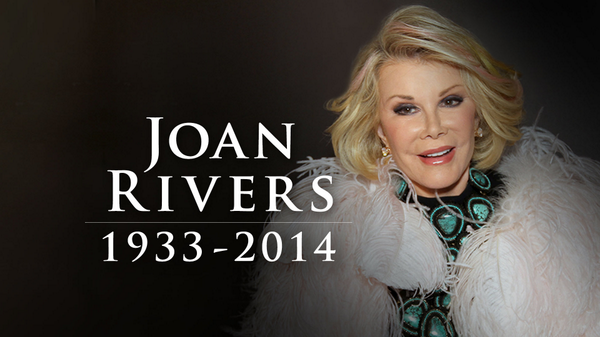 On September 4, 2014, New York City, New York, United States, The comedian died  of brain damage due to lack of oxygen after she stopped breathing.

Television anchor Deborah Norville and Howard Stern both gave eulogies, and Hugh Jackman sang “Quiet Please, There’s a Lady on Stage.” Tony award-winning actress Audra McDonald sang “Smile” and the NYPD bagpipers played “New York, New York” and other show tunes as the procession of famous faces made its way out of the synagogue.

Joan’s daughter, Melissa, says that she and her son Cooper were so grateful for everything she had done for them.